Part 1 of “Ostomy Success Stories” detailed the lives of two Canadian ostomates who have chosen to live exceptional post-surgery lives.  Rob Hill took his love of the outdoors to another level after receiving his ostomy, achieving the ambitious goal of climbing the Seven Summits (including Mount Everest) to raise public awareness of intestinal diseases.  Jessica Grossman had surgery as a young teen, and her decision to share her journey during high school set her on a path to launching one of the web’s most popular ostomy advocacy sites.

Today, we profile the lives of 3 extraordinary Americans who chose to believe that ostomy surgery was not the end of their stories, but the beginning of brand new chapters. 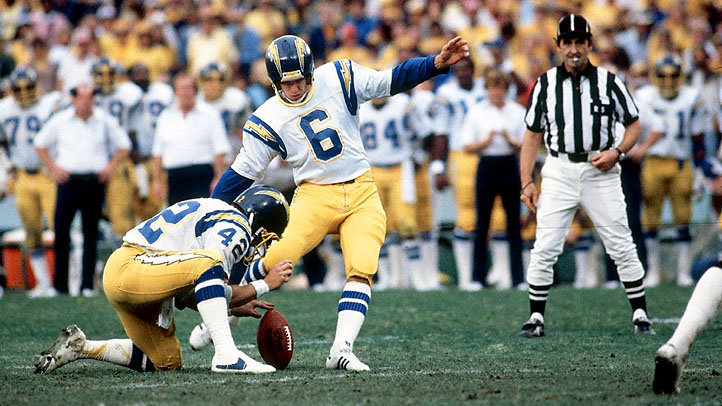 Rolf was a football placekicker, chosen by the San Diego Chargers with the second-to-last pick in the 1977 NFL draft.  After being diagnosed with ulcerative colitis in his second season, his health steadily degraded until the following season, when he collapsed on a team flight.  He ended up having emergency surgery to remove most of his large intestine and spent the following month in the ICU.  From all outward appearances, he would never play professional football again.

However, he returned to the Chargers’ lineup the following year, and at season’s end he received several awards, including “Comeback Player of the Year”, and “Hero of the Year”.  He went on to play seven more seasons, and when he retired in 1986, he was not only the team’s all-time leading scorer but also the 3rd most accurate placekicker in NFL history.

In his 1996 autobiography, “Alive and Kicking”, Rolf said he found the strength to get back into professional football from his faith, from the love and support of his family, friends, teammates, and from the encouraging doctors and nurses he met post-surgery.

Post-football, Rolf founded the “Great Comebacks Program” to raise awareness about intestinal disease and ostomy surgery, and particularly to share stories about inspirational and courageous ostomates.  Currently he speaks to groups in various settings about his story and the importance of determination, a winning attitude, and the support of others in overcoming life’s challenges.

Like many other young people who move to Los Angeles, Rebecca was an aspiring actress.  At 22, she was healthy and active.  After experiencing ongoing digestive issues, she was shocked to find out that she had ulcerative colitis.  After eight years of battling the disease, she had surgery in 2014 to remove parts of her large intestine and to eventually have a J-pouch made from her small intestine.

Prior to her surgery, Rebecca launched a successful Kickstarter campaign to raise funds for a documentary about her pre and post-surgery experience. In 2015, “Inside/Out: My Battle with IBD” was released, highlighting her particular challenges in wearing an ostomy bag, and her decision to train for a Crohn’s and Colitis Foundation half-marathon post-surgery.  Amazingly, she completed the run, which took place just two months after her initial surgery.  Here’s the trailer –

Rebecca’s goal in making this documentary? “I want to inspire others living with this condition to live their life to the fullest, while simultaneously showing that, although surgery is not a first option, it can improve the quality of your life.”  You can watch the trailer for “Inside/Out” here. 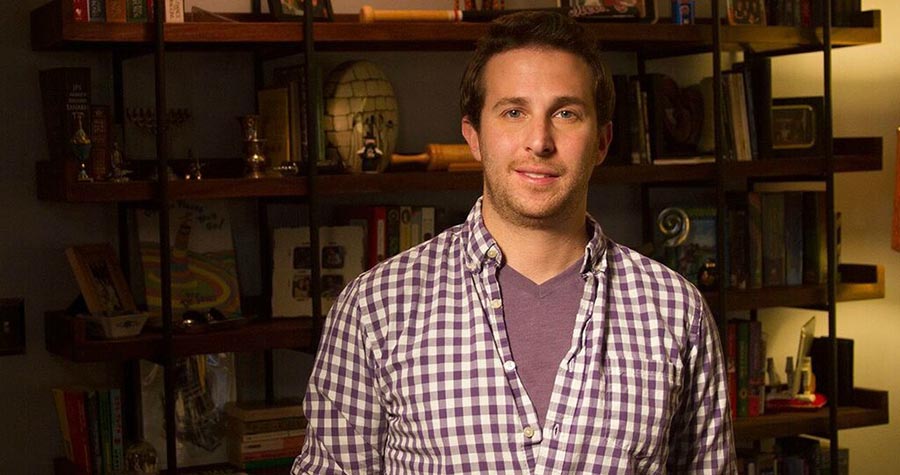 Brian was diagnosed with Crohn’s disease at the age of 11, and experienced a multitude of complications, infections and surgeries before he finally had an ileostomy at 28.

In his early 20s, Brian became an avid indoor climber, and then expanded his interests to a range of outdoor activities.  He became convinced that challenging himself in natural settings gave him the strength and the coping skills necessary to deal with the effects of Crohn’s disease.

In 2014, he founded the Intense Intestines Foundation (IIF) to help others dealing with intestinal disease to connect with their own support network via fundraising events and social media campaigns.  Brian also takes every opportunity to encourage those in his network to build themselves up mentally and physically through outdoor challenges.

This past year, he set a goal to complete over 100 miles of races in one month to raise funds for patients of cancer, Crohn’s and Ulcerative Colitis.  After months of training, he completed a half Ironman in early October, and earlier this month (November), he finished the New York City Marathon.

Brian’s advice to fellow ostomates and those considering ostomy surgery: “Don’t let your IBD control you. Set small goals and then go after them. Celebrate each victory.  Before you know it, you’ll go much farther than you ever would have imagined you could.”

We hope you’ve been inspired by the lives of these five extraordinary ostomates.  Now it’s up to you: what is your personal Ostomy Success Story going to read like?  Today is your day to start writing that brand new chapter!