If you’re recovering from ostomy surgery, you might well wonder if you will ever really live again.   Everyday activities such as climbing stairs may be next to impossible.  And the thought of eventually having to go to work or shop for groceries with an ostomy appliance attached might be a depressing prospect.

Or perhaps you had your surgery years ago now, and while climbing the stairs is no longer daunting, you’ve resigned yourself to the fact that having an ostomy will forever limit what you can do and aspire to.  If you’re honest, you’d admit that your post-ostomy-surgery self is a shadow of who you once were, or thought you would be at this point in life.

The good news is that there are other people out there who can intimately relate to your experiences and feelings, yet these people did not let their ostomy procedures get in the way of their dreams for living an extraordinary life.  Some of them even dared to reach for bigger dreams not just in spite of, but because of, their ostomy experiences.  Let their stories inspire you to do the same!

Rob Hill – Shouting From the Mountaintops

This Canadian was an active, outdoorsy 23-year-old when he was diagnosed with Crohn’s disease and ulcerative colitis.  After a year and a half of incapacitating pain, constant diarrhea and rapidly decreasing weight, he had surgery to remove his large intestine.  During his recovery, he decided that “life with an ostomy was my second chance and I was not going to waste it.”

After Rob’s diagnosis, he was surprised to discover that an extended family member also had had Crohn’s; no one had ever talked about it before.  This realization helped him to settle on a new goal for his life: to inspire awareness about intestinal diseases. 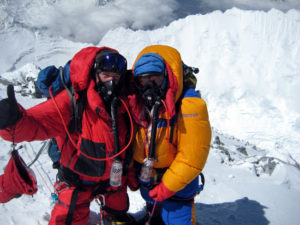 Inspired by the likes of fellow Canadians Terry Fox and Rick Hansen, Rob wanted to do big things in his quest to raise awareness.  He went on to found IDEAS (Intestinal Disease Education and Awareness Society) and, rekindling his love for the great outdoors, set the ambitious goal of climbing the Seven Summits – the highest mountaintop on every continent.

It took almost 8 years for Rob to complete his grueling and risky quest, including several attempts to climb Mount Everest, the last and tallest of the 7 Summits.  Finally, on May 25, 2010, he was successful, and officially became the first Canadian with IBD (Inflammatory Bowel Disease) to ascend the historic peak.

Rob’s advice for fellow ostomates includes this: “Know that there are others out here that have walked the path you are on, and that you are not alone.  Although your illness or ostomy is part of you – never let it define who you are.”

Another Canadian, Jessica was 8 years old when she was diagnosed with Crohn’s, and her dramatic battle with the disease would affect her school and social life for years to come.  At 13, part of her small intestine was removed and she started wearing an ostomy bag.  She claims that the surgery gave her back her health and her life.

In high school, Jessica was given an assignment in media class to choose a cause and create a Public Relations campaign.  While other kids struggled to find relevant causes, for her it was a no-brainer: people living with ostomies.  Her finished project included pictures of herself wrapped in a sheet with her ostomy exposed.  She received rave reviews from fellow students, and knew that she had found her voice and her cause. 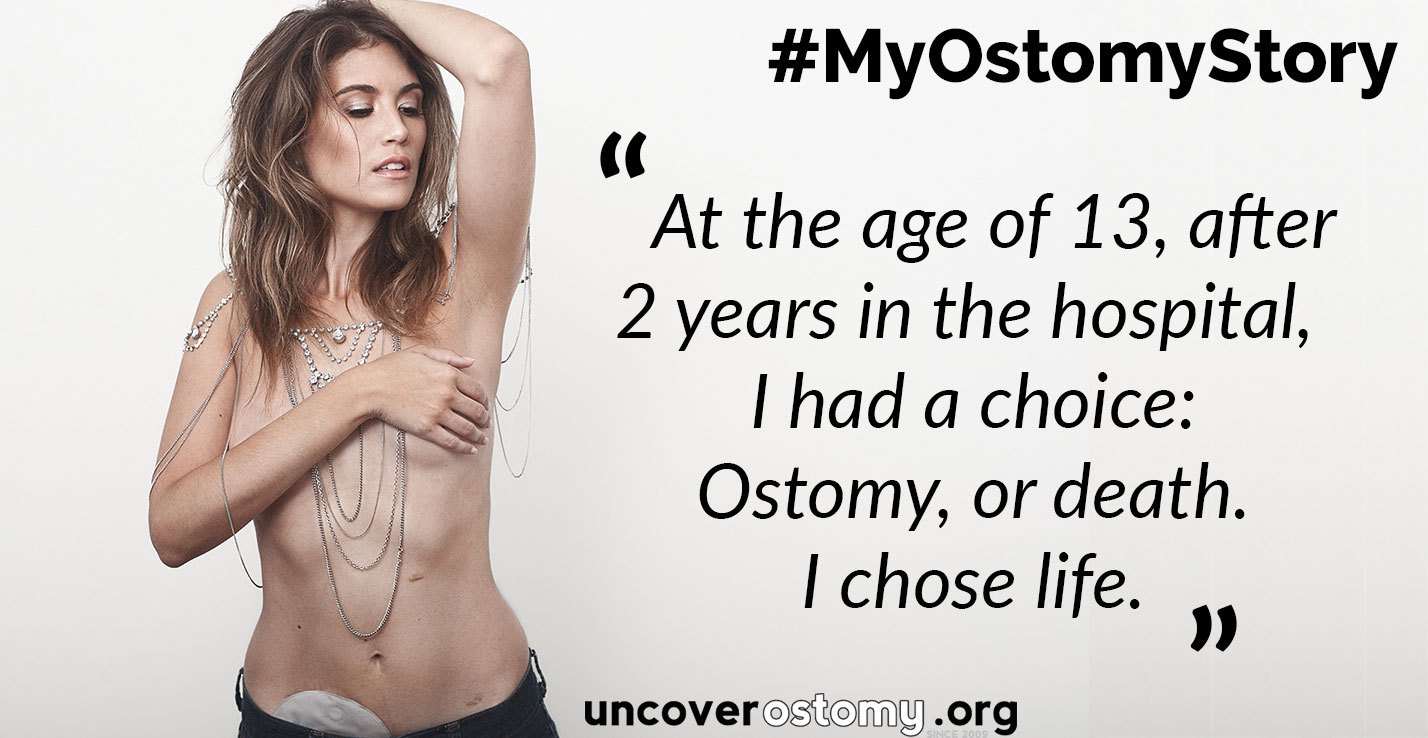 In 2009, Jessica was a university student when she launched Uncover Ostomy, a website and blog designed specifically to promote ostomy education and advocacy.  Her mission for her website has always been “to break the stigma surrounding the ostomy, to spread positive awareness of the life-saving surgery, and to encourage body positivity for those with ostomies.”

After hearing and sharing the stories of many of her fellow ostomates, she recommends the following to those who are considering or who have recently had ostomy surgery: “Find others to connect with…nothing can prepare you quite like talking to someone else who has experienced what you are about to.”

Come back soon for Part 2 of “Ostomy Success Stories”.  And until then, take a moment to really reflect on the life stories of Rob and Jessica.  Ask yourself: what does my ostomy surgery experience make possible?  And even though, or perhaps because I have an ostomy, what can I begin doing to help others and to be true to who I really am and aspire to be?