Living Life With an Exclamation Mark, Even When You Don’t Have a Colon!

Growing up, I was the kid who never got sick. Naturally lean and always active, especially in the outdoors, I could eat what I wanted, when I wanted, and never seemed to suffer any ill effects. By the time I was a teen, I had just as much reason as anyone to feel like I was invincible.

Fast forward past high school, through university, to working various jobs, enjoying travel and outdoor pursuits (including a mountain-climbing expedition to the Nepalese Himalayas), then getting married to my sweetheart and having our first child.

On the brink of turning 30 years old, my life was full and fast-paced, and I was regularly working long, hard hours as a construction project manager. I was more stressed than I cared to admit, and in need of more sleep and a better snack than my go-to at the time: a coke and 2 chocolate bars.

Immediately after my 30th birthday, I began to notice blood in my stool, and lots of it.  I went to see my doctor, received a discouraging diagnosis of Ulcerative Colitis (I’d never even heard of this condition!). After several initial medication attempts failed, I was hospitalized for two weeks and put on IV prednisone, which eventually reduced the inflammation in my colon.

More than a year later, after a period of medication-induced remission, familiar symptoms started to return and worsen.  At a routine checkup with my gastroenterologist, it was clear my condition was worsening quickly. Within hours, I was being prepped for emergency surgery to have my colon removed. While the rushed surgery was completely unexpected, it made complete sense to me, and I remember feeling hopeful for the prospect of having a life without the chronic pain associated with this condition.

The ileostomy was a success, but recovery took longer than expected due to the weak condition of my body going into the procedure.  I yearned to get out of the hospital and return to normal life. After 17 days, I was allowed to leave the hospital.  I was at a point where I had lost nearly 50 pounds from my usually lean, 150-pound frame.  Physically, I was so weak that I could barely walk.  But at the same time, I was elated that the diseased colon was gone and I could return home to focus on recovery.

During my time of recuperation, I decided early on that I would permanently keep the stoma versus trying to reconnect.  A year later I scheduled my final surgery and closed that chapter in my life. Adjusting to life with a stoma was, at first, a significant challenge.  But I have always thrived on challenges and this was no different.  It was a constant process of trial and error to figure out how to do normal life with an ostomy.  I especially benefited from the help of an ET nurse who had lots of experience in helping to fit ostomy-appliances specifically to my body.

Looking back, the road has been relatively smooth, albeit with a few messy mistakes from time to time, as well as my body’s relatively recent development of rheumatoid arthritis (I will share more on these topics in future posts)!

In spite of my ostomy, I’ve found ways to resume my active life and pursuit of adventure.  Post-surgery, I have traveled with my wife and two sons to places as far flung as Indonesia and Lesotho (Africa).  The Coloplast product line has allowed me to travel with confidence that my stoma won’t be an issue.

In the early days after surgery, I wondered if I’d be able to enjoy the outdoors as freely as I had before.  Well, now I regularly hike again, as well as enjoy backcountry and downhill skiing with my energetic boys. During such activities, Opsite tape has proven trustworthy time and again in bonding my ostomy flange to my body. 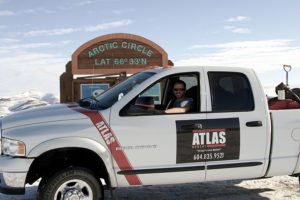 Exploring backcountry in my 4×4 vehicle is a growing passion for me, and I’ve engaged in “overlanding” in such remote environments as Canada’s North (from Vancouver to Inuvik and Tuktoyaktuk = 4000+km one way) and the Middle East (a 10-day cross-country expedition in Oman).  In these faraway places, items such as Smith & Nephew adhesive removal wipes and lint free wipealls prove to be essential to keeping my ostomy flange clean and functional.

Coming up on 10 years now since I was diagnosed, it has definitely been a journey.  Yes, there have been significant struggles, but looking at the big picture, I have realized that one cannot linger on the struggles that have resulted from my ileostomy, but rather focus on appreciating the new lease on life it gave me.  It is this reason Inner Good was formed – to assist people with their pre- and post-operative struggles so that they can focus on enjoying life to the full again.” 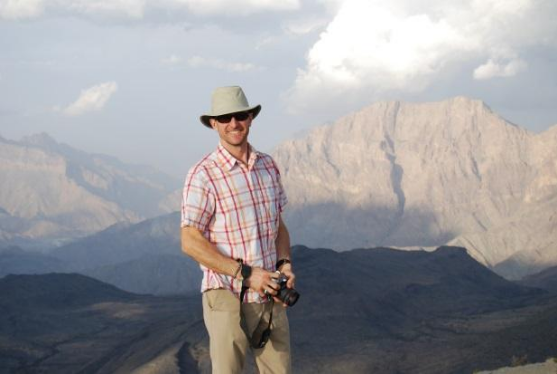 2 Replies to “Living Life With an Exclamation Mark, Even When You Don’t Have a Colon!”