You’ve got something in common with Serena Williams, Lisa Kudrow, Gisele Bundchen, Ben Affleck, and many others. Unfortunately, it’s not fame and fortune, but chronic migraines. Stats Canada reports that approximately 8% of Canadians are clinically diagnosed with chronic migraines. Women suffer the condition at a higher rate than their counterparts, at nearly 12% compared to men at just under 5% of the population.

Not only is the condition detrimental to one’s lifestyle, but it also has a direct impact on productivity, resulting in an estimated 7 million lost working days per annum. This costs the economy hundreds of millions of dollars each year and puts a massive dent in Canada’s gross domestic product. But while it may cost the country in GDP, it costs you and your household proportionately more. For many it’s debilitating. And while you’re willing to do whatever it takes to rid them from your life, finding a sustainable and healthy solution has been fruitless thus far. But today, you may have found the answer you’ve been searching for.

Is it true that AOR Migraine Manager is the botanical saviour of what ails you? It has worked for thousands of Canadians, and it very well may work wonders for you too. Let’s review. 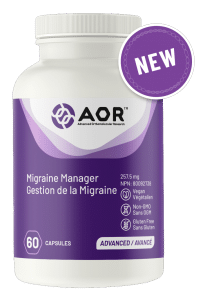 AOR Migraine Manager leverages Mother Nature’s pantry not only to provide acute relief of migraine symptoms but to help prevent them from occurring in the first place. It accomplishes this through the provision of botanical extracts, vitamins and minerals.

Below is a breakdown of these natural migraine fighting ingredients. 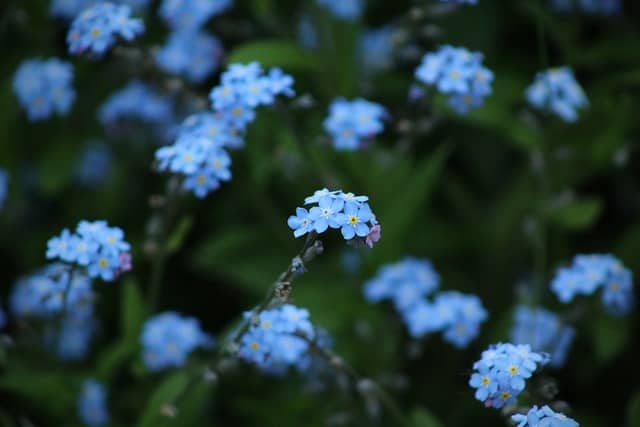 Vinpocetine is an alkaloid derived from the compound vincamine, which comes from the periwinkle plant. Vinpocetine is often employed to lower inflammation and oxidative stress, both of which help alleviate migraines. More importantly, vinpocetine is well known for increasing brain blood flow. The American Migraine Foundation (AMF) has clearly stated that a decrease in blood flow to the brain causes severe headaches and migraines, which are often accompanied by symptoms of weakness, numbness, or changes in vision or sensation. AOR Migraine Manager contains an optimal 7.5 mg of vinpocetine per capsule.

The International Journal for Vitamin and Nutrition Research reports that Riboflavin (aka Vitamin B2) plays a positive role in reducing the frequency and duration of migraine attacks. Numerous other studies have found the same, yet few understand exactly why B2 boosts one’s ability to stave off migraines. Most experts speculate that the positive impact is due to B2’s proven ability to help convert food into fuel while metabolizing fats and protein – all of which can be tied to better circulation. AOR Migraine Manager contains an optimal 100 mg of riboflavin per capsule. 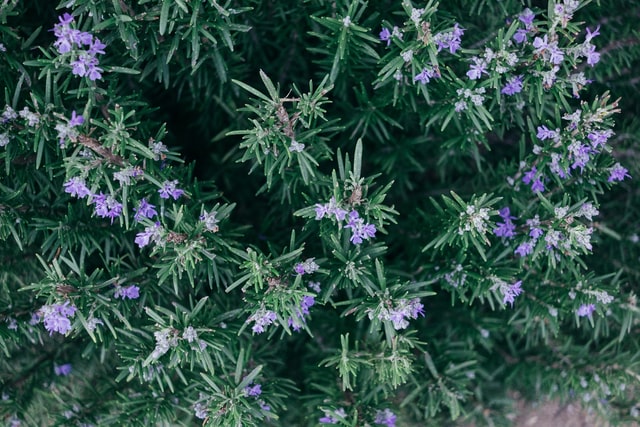 You may better know Rosmarinus officinalis extract as rosemary, a medicinal plant native to the Mediterranean but borrowed by traditional Chinese medicine for hundreds of years to treat a variety of ailments, severe headaches and migraines included.

This is because of rosemary’s anti-inflammatory and pain-relieving properties which were confirmed in an often-cited study by the Journal of Medicinal Food. AOR Migraine Manager contains an optimal 75 mg of Rosmarinus officinalis extract per capsule. 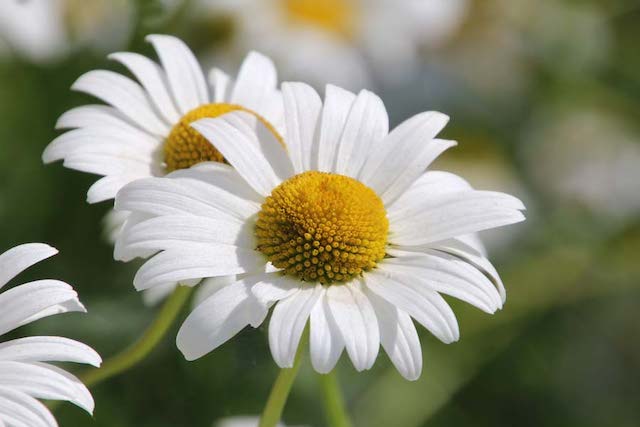 Tanacetum Parthenium (aka Feverfew) is a medicinal plant that also been used for centuries in the treatment of migraine headaches. Studies find that it has pharmacologic properties that apply in this capacity, namely anti-inflammatory ones.

In addition, feverfew is known to inhibit the release of serotonin from platelets which as a result lessens the constriction of blood vessels and improves circulation.

Last but not least we look at one of the more heralded (in the mainstream) migraine fighters – magnesium citrate. One important study (double-blind, placebo-controlled, and randomized) found that when taken orally once per day, magnesium citrate delivered a reduced migraine attack frequency of over 40 percent! That’s huge. The citrate variety is chosen over oxide, sulphate, carbonate, and chloride because of its superior ability to be absorbed into the body. Little is wasted when taken as a health supplement.

When you consider how effective magnesium citrate may be on its own, and then factor in the other migraine fighting vitamins and herbs above, you’ll be hard-pressed to find a better supplement. AOR Migraine Manager contains an optimal 50 mg of magnesium citrate extract per capsule.

Ready to take the next step towards a migraine-free life? View more about AOR Migraine Manager which is available today at InnerGood Canada.